If you want to increase the active and returning customers to your business , it is vital to find what your users exactly think . Ninos IT solution is one of the leading iOS Mobile Application Development Company in Chennai renders high functionality app with implementation of all necessary user tracking elements. Nowadays, everything is being connected to social media and that we make sure that your apps have capabilities of social networking facilities which enables your app users to share images , videos , content directly from the app automatically . As the guidelines set up by apple is tough to follow , multiple technicalities and features are involved in the process of iOS Mobile Application development.

Our iOS Mobile Application development abreast with the latest changing trend and technology :

Enterprise Application : To simplify some of the enterprise related task used all over the world Audio/Video streaming application is utilized for live streaming of video or audio like a web series or podcasts.

Third Party Web services : We develop app which includes third party web service APIs. Our developers also work on with the third party input data whenever it is required.

iBeacon applications : We provide development solutions for Apples' version of the beacon concept that is based upon the Bluetooth service .

Bluetooth Application : We offer a developmental solution based on the bluetooth tool of the Apple devices in an effective way.

Cocos2d is an open source software network can be use for creating images , texts , GUI based applications . It can be written once and can be made changes to it whenever is possible . We take full dedication towards the quality of app which is making us the leading iOS Mobile Application development in Chennai.

This framework is easy when it comes to backward compatibility . It uses GL swap buffer that offers flexible integration for the 3rd party services.

Another UI framework cocoa used in building software programs that run on iOS devices such as iPad, iPhone, and iPod Touch. Cocoa provides some best key framework such as Twitter framework , Message framework , MapKit framework , Eventkit Framework and more.. All these frameworks works well and run on any given app on an iphone with the help of cocoa.

iOS (iPhone OS) is a mobile operating system created and developed by Apple. It is the operating system that presently powers many of the company's mobile devices. Apple’s portable devices like iPhone, iPad or iPod are know as iDevices.

The iOS user interface is based upon direct manipulation, using multi touch gestures. Interface control elements consist of sliders, switches, and buttons. Interaction with the OS includes gestures such as swipe, tap, pinch, and reverse pinch, all of which have specific definitions within the context of the iOS operating system and its multi-touch interface. Internal accelerometers are used by some applications to respond to shaking the device (one common result is the undo command) or rotating it in three dimensions (one common result is switching between portrait and landscape mode). It runs on the iPhone5 and later, iPad (4th generation)and later, Ipad Pro, Ipad Mini and later, and the 6th generation iPod Touch . 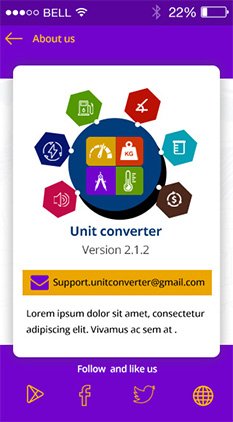 Mobile No (For Sales & Support)

Mobile No (For Sales)

© All Rights Reserved. Designed By NINOS IT SOLUTION Developed By ECPHASIS INFOTECH